Mustguseal aims at constructing large alignments of functionally diverse protein families by automatically collecting the available information about their structures and sequences in public databases. To meet this objective the Mustguseal protocol implements a combination of structure/sequence search/comparison algorithms to take into account sequence and structural variability of functionally diverse homologs within a large superfamily. All bioinformatic routines are fully automated and executed entirely on the server side. This page gives an overview of the Mustguseal protocol. The detailed description of the protocol is provided in the Mustguseal publication. 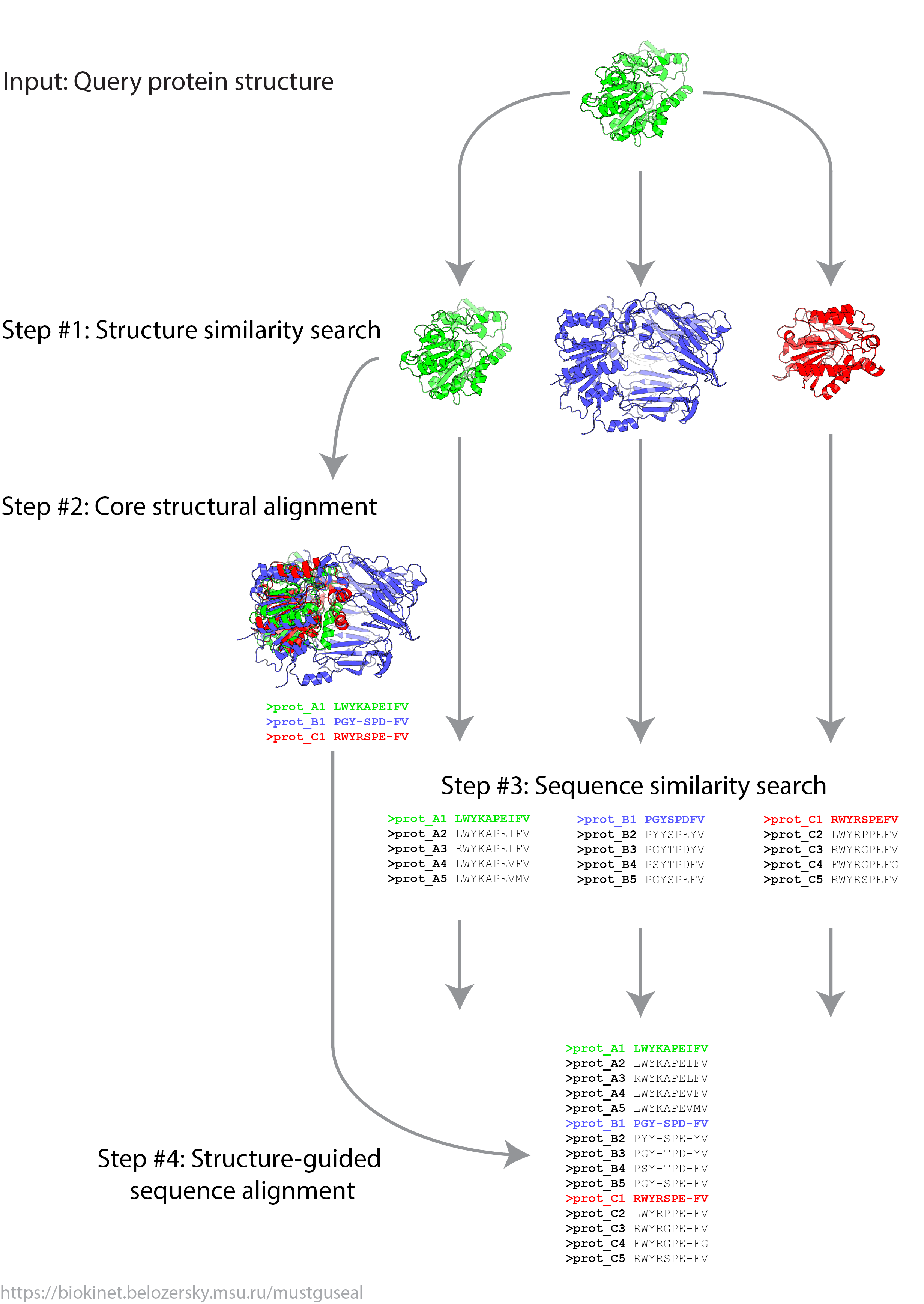 Step 1: Structure similarity search The default input to the server (i.e., in Mode 1) is a protein structure submitted as PDB ID and chain ID. Protein structures are considered to be more conserved throughout the evolution compared to sequences. Therefore, structure similarity search by the SSM algorithm versus the entire PDB database is used to collect evolutionarily remote relatives of the query protein. These distant homologs share a common structural framework but lost sequence similarity during natural selection and evolution from a common ancestor, and thus are likely to have broad functional variability. The collected set of proteins is expected to represent different protein families with various functions within a superfamily, and will be further referred to as the representative set.

Step 3: Sequence similarity search Each protein from the core structural alignment, i.e., each representative protein, is independently used as a query to execute BLAST sequence similarity search and collect evolutionarily close relatives - members of the represented families. Filters are applied to eliminate redundant entries as well as too distant proteins (i.e., outliers) within each group using the CD-HIT and HHFilter routines. Sequences within each group are aligned by implementing the MAFFT multiple sequence alignment algorithm.